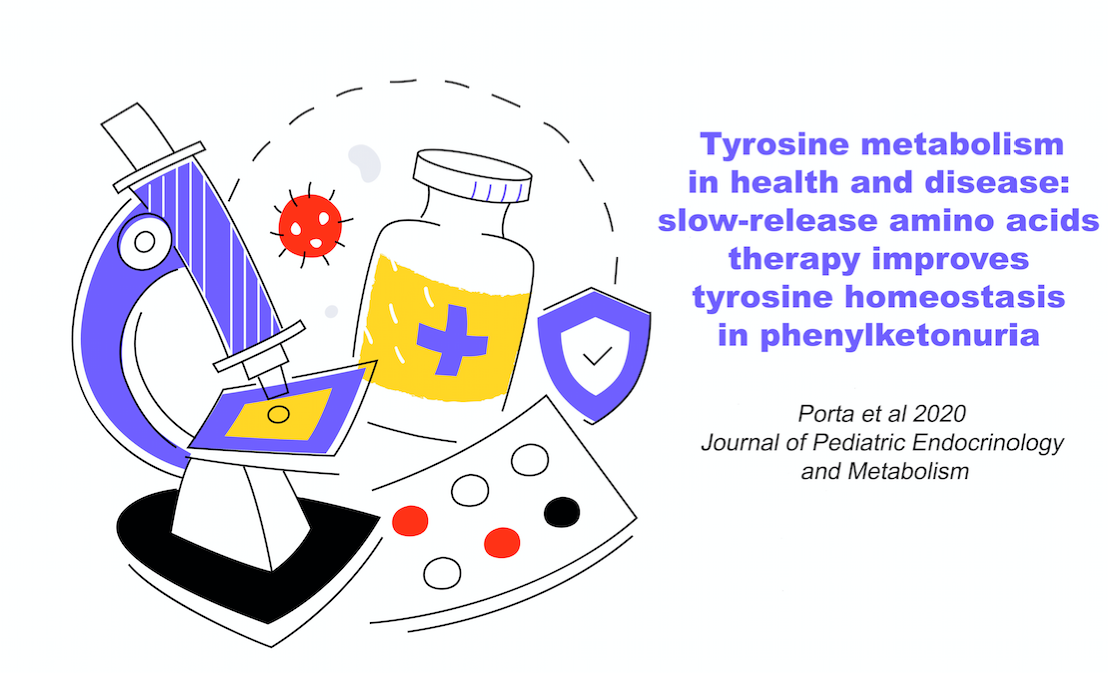 evaluated in three patients by a simple Tyr oral loading test (100 mg/kg); (3) diurnal and (4) long-term Tyr concentrations were evaluated in 5 and 13 patients with PKU, respectively, who switched from a traditional formula to Afenil® micro 3H (a slow-release amino acids mixture). In all patients, the switch was due to unsatisfactory palatability of the traditional mixtures.

Therefore, slow-release amino acids therapy can improve Tyr homeostasis in PKU. If associated with optimized Phe control, such a metabolic goal may allow long-term clinical benefits in patients with PKU.

Your registration was successful.
You will receive a confirmation email when your user is enabled.